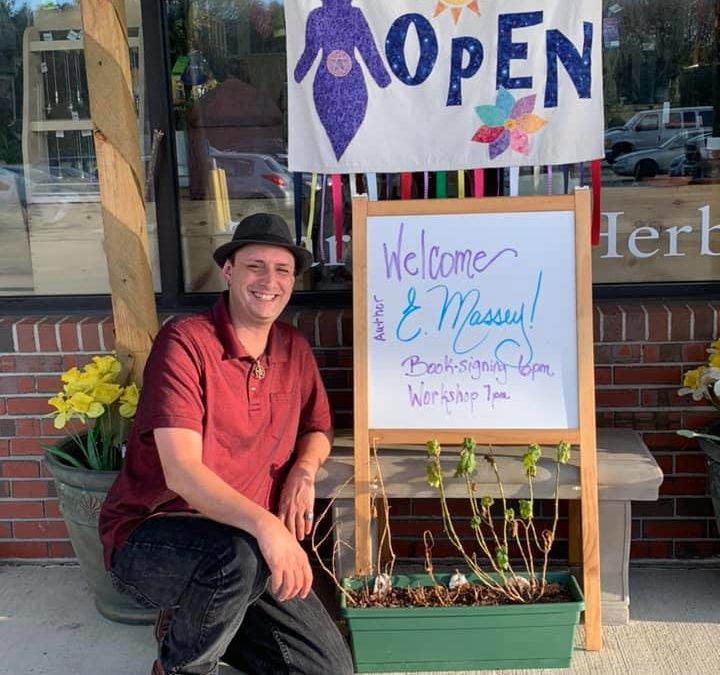 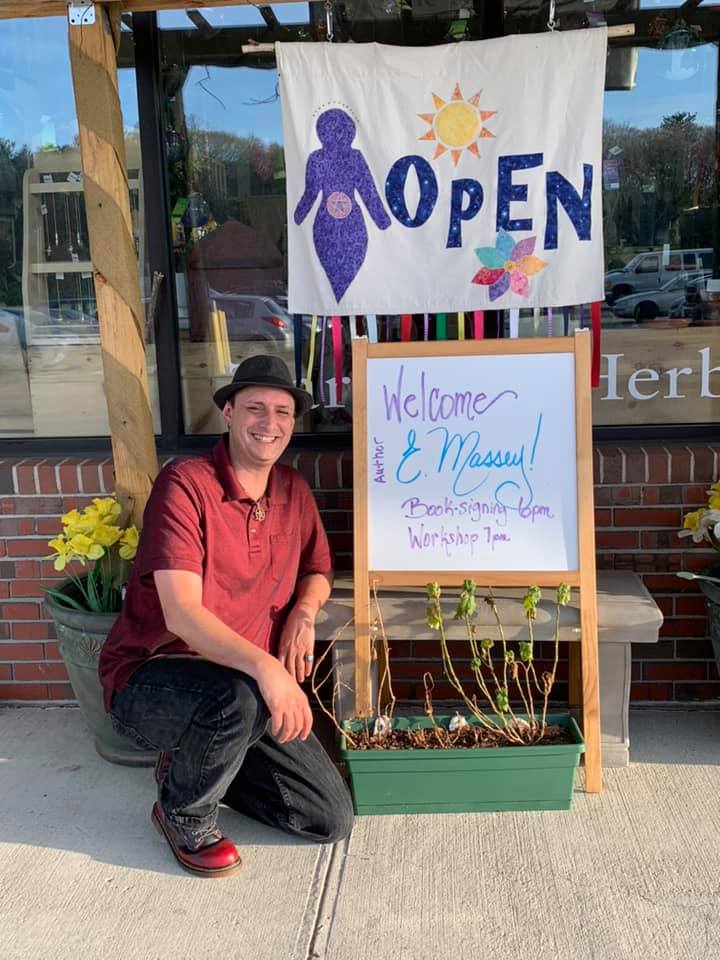 Paranormal Witch: Witchcraft and the Spirit World
Based on E. Massey’s experiences as a Paranormal Psychic/Medium Investigator. This class / Q&;A
discussion will give attendees a chance to listen, ask questions and learn various practices used by E.
Massey during his paranormal investigations. Discuss topics from Seances and spirit boards to
protection and banishing. E. Massey explains how Witchcraft and ghost hunting can go hand in hand.

E. Massey is an author, teacher, psychic and practicing Witch. Known as the “Pocono Witch” his presence in the pagan community can be seen throughout Pennsylvania, most notably serving on the Board of Directors for Philadelphia Pagan Pride and organizer of the Pocono Witches Festival & Ball. As an author, E. Massey has written articles for popular educational and Pagan and Witchcraft magazines, as well as contributed to many educational curriculums for children. His first book, “Casting Creative Magickal Circles” independently sold over five-hundred copies. Followed by, “The Modern Witch’s Curriculum” in 2018. 2020 will see the highly anticipated subsequent book, “The Little Witch’s Curriculum”, a book for parents and children that uses early childhood education theories and techniques to encourage spiritual growth through Witchcraft, Wiccan, and Pagan practices.
Nominated for the 2018 Witch Way Magazine Awards “Favorite Witch Teacher”, E. Massey has facilitated classes and workshops on Witchcraft and magick throughout the U.S. Providing insightful and fun classes for adults, parents, and children on the topics of meditation, divination, and pagan spirituality. Including his most requested 2020 class, “Paranormal Witch – Witchcraft and the Spirit World”.
E. Massey’s involvement in the paranormal community has gained notoriety in Eastern Pennsylvania with his contribution to the area’s most sought after paranormal group, the Paranormal Spirit Finders as a psychic/investigator. He also holds “Paranormal &amp; Psychic Weekends” – a unique paranormal weekend excursion at some of the most haunted towns and locations in Eastern Pennsylvania. Working alongside such celebrity TV investigators and psychics as Mark Keyes and Virginia Centrillo of Travel Channel’s “Paranormal 911” and Destination America’s “The haunted”. Although, he works within the paranormal, as a psychic his focus and skills can be found as a professional tarot reader. Reading tarot for over 20 years, E. Massey provides insight to seekers all over the world, including many high-profile clients. He is known for being honest, blunt and funny within his readings.
E. Massey has been a practicing Witch for over 25 years. Growing up in a mixed-magickal family, from an early age he was exposed to the indigenous teachings of the Pikanni nation through his Grandfather who had often visited the reservations of Montana. He was later trained and initiated into a non-linage Gardnerian tradition via his Aunt and first teacher, who was introduced to British Witchcraft by Sybil Leek, while in California. Over the years he has studied under other some of the most profound folk magick teachers in the NY area, learning practices from hoodoo candle magick to spirit communication. The last few years has found him pursuing a path in the Lukumi and Afro-Cuban traditions, which he chooses to separate from his current Witch path. Which draws upon a foundation of folk, traditional and modern Witchcraft blended
with the wisdom of his indigenous American spiritual beliefs.  E. Massey has been the High Priest of The Moonlit Grove, a local community of Witches and Pagans in Pennsylvania for over two years. A recognized Minister of the First Nation Church facilitating life ceremonies, weddings and funerals all over the US. He has studied and practiced the meditation techniques of the Kadampa Buddhist tradition. E. Massey is also devotee within the Covenant of Hekate, an international community that collectively honors the Goddess. He is the owner of The Hierophant, an online magickal thrift and occult store and The Pocono Witch
Shoppe based in the Pocono Mountains of Pennsylvania.
E. Massey is also a seasoned artist whose work has been published and featured in numerous books, music videos, and exhibitions around the world, as well as spiritual advisor, healer, and a
pagan community event organizer.
http://www.e-massey.com
http://www.facebook.com/emassey0912/

Bookings are closed for this event.